Morality and Media: Teaching Jewish Values through Film and Television 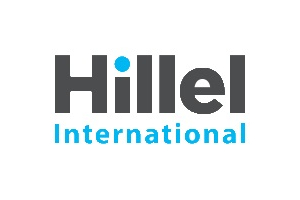 Launched in 2003 throughout communities across the Former Soviet Union (FSU), Hillel International’s Media and Morality project utilizes modern media in order to connect Jewish young adults with their heritage. Jewish communities in the FSU face challenges with connecting to Judaism and organizing as a community, in part due to the history of religious repression and economic challenges. The Media and Morality connects young Jewish adults in the FSU to their tradition through creating a curriculum for teaching Jewish values through media, and by training Hillel professionals to use this curriculum in Hillel programs

Media and Morality uses trigger films to show how Judaism is relevant to the students’ lives, by dealing with real life issues as shown in contemporary films that appeal to younger generations. The project addresses real life situations through film and shows that Judaism has a great deal to say which is relevant to the 21st century. This strengthened students’ sense of Jewish identity, and also showed that Judaism is a modern, vibrant part of who they are.

In order to facilitate the implementation of the new curriculum, Hillel educators attend 4-day training seminars. After the training seminars, they return to their home communities where they recruit students to participate in the program. Monthly sessions take place during the course of the academic year.

The M&M project has been enriching Hillel activity in the FSU by creating opportunities for new students to become involved in Hillel, and by providing a way for veteran students to deepen their knowledge of Jewish subjects. According to responses from the program participants, M&M can be considered one of the most successful of Hillel’s on-going projects.

The Pincus Fund for Jewish Education is proud to have played a role in this excellent informal Jewish education project that has touched the lives of so many.