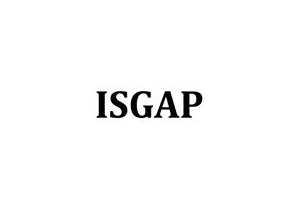 With anti-Semitism on the rise throughout the world, the Institute for the Study of Global Anti-Semitism and Policy (ISGAP) developed the Oxford Summer Institute, held annually over the summer at Oxford University.  The two week long institute selects college professors to participate in developing university level interdisciplinary course units in contemporary anti-Semitism.  Only professors (and exceptional post-doc students) who can commit to teaching a semester-long course within their institution within two years and who have a letter of recommendation from the Provost or Department Chair at their home universities confirming that the course can be taught – for credits – are accepted for participation.

Scholars give a series of lectures and workshops on subjects such as anti-Semitism (historical, global, contemporary), radical Islam and Jewish peoplehood.  Participants work, with supervision and assistance from the scholars, on developing a course syllabus which is uniquely suited to their academic specialties.  In the inaugural year of the project 19 professors from universities from around the world – including 10 from Europe – participated in the Summer Institute.  With the start of the 2015/16 academic year, courses on contemporary anti-Semitism are already being implemented by some of the graduates of the first Summer Institute.