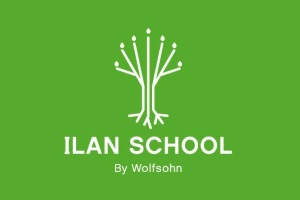 “Ilan School” was established in March 2011, after the sudden closure of the Ramat Shalom School, which had been the only remaining Jewish school in the Western Area of Greater Buenos Aires. Within a short time, more than 40 children enrolled in the kindergarten, which opened with Pincus Fund support. In mid-2011, a group of parents approached the school and asked them to open an elementary school program. A space for the new school was located. Government authorities granted permission to begin the program with an unusually small number of students. The new school opened in March 2012 with 26 students in grades 1 through 4. Ilan School will provide a quality of education comparable to that offered by the best private schools in Buenos Aires, which previously was not available to Jewish children living in this area.

The school day extends from 8:15 through 16:15. The Jewish Studies curriculum is comprised of 4 hours weekly in Hebrew language; 4 hours weekly in Moreshet Yisrael; 1 hour weekly in Parshat Hashavua; and 2 hours weekly in Torah (for grade 3 and grade 4). Children learn Jewish and Israeli music once each week. They also meet every Friday for Kabbalat Shabbat, which includes a traditional ceremony, Shabbat songs, and a story with a Shabbat message.